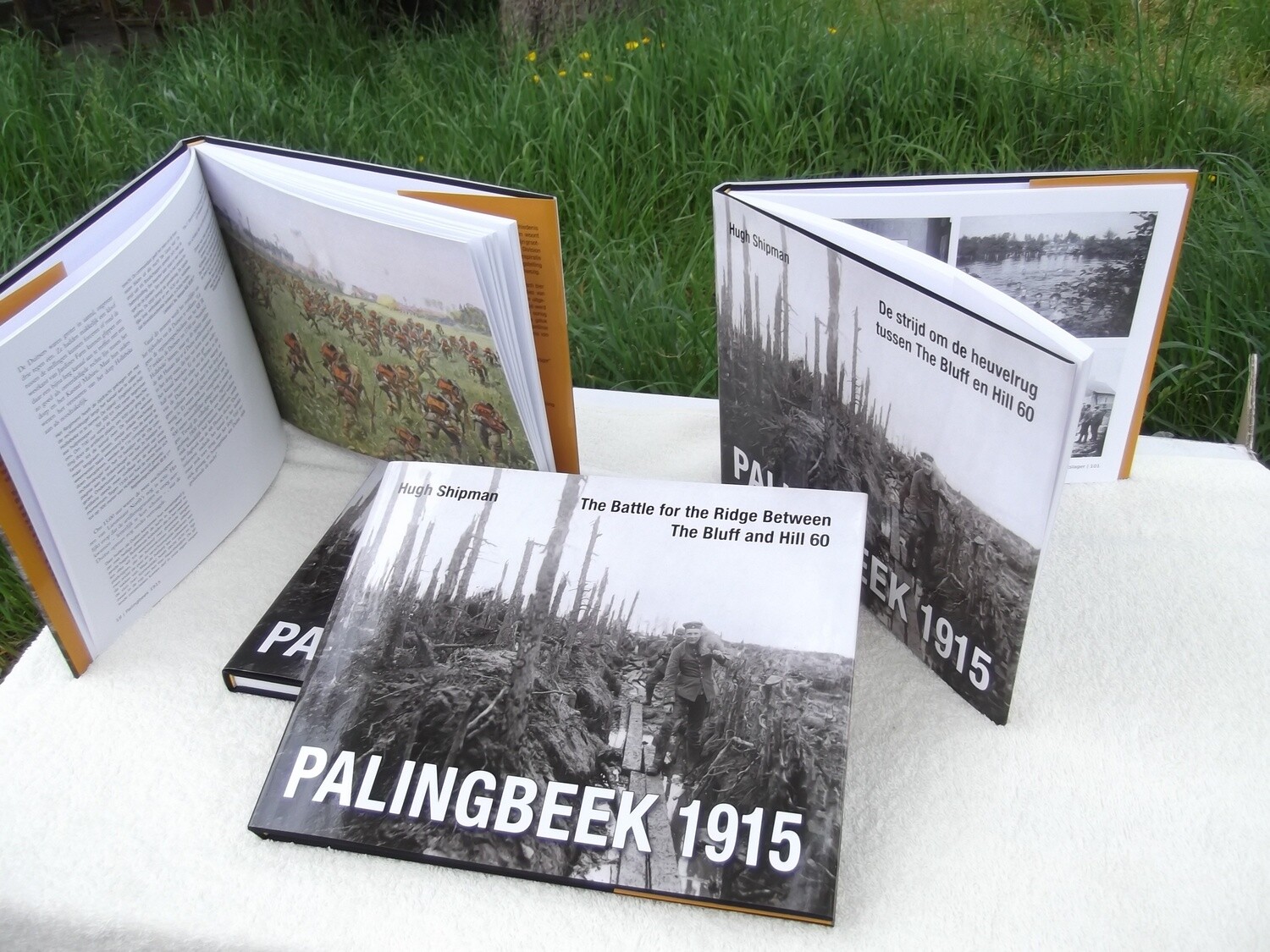 !!! UK customers can order the book by choosing the option "Make a bank transfer in GBP" during the last step of the ordering process. The pice is GBP 14.50 per copy, postage is included !!!

THE PALINGBEEK is the land between a railway and a canal and between two mud heaps which would become notorious in the battle for Ypres, THE BLUFF and HILL 60. This book explains how the war came to rest straddling this high plateau of parkland belonging to the noble White Chateau.

With a full use of the of German, French and British contemporary sources, each stage of the fighting is examined. From the First Battle of Ypres, when this ridge should have been captured in a day, to a war of increasing attrition with the British and French, when a failure to press onwards in the face of underwhelming odds brought the German Army to a grinding halt with Ypres still just out of sight.

Then the strange deadlock that followed. While nearly fifty British battalions served in the ridge top sector in 1915, just one German regiment was there to greet them. For fourteen months, Infanterie Regiment 99 made their home in The Palingbeek, and their photographs of the world they built, just out of sight of the front line, illustrate the book. All the photographs have been chosen because they show a specific, identifiable location that can be visited today.

!!! UK customers can order the book by choosing the option "Make a bank transfer in GBP" during the ordering process. The pice is GBP 14.50 per copy, postage is included !!!